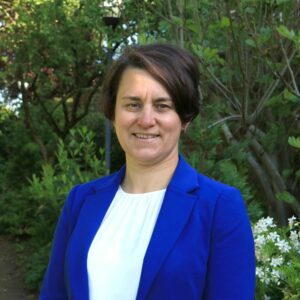 Alison Sefton has overall responsibility for the school academically, pastorally and financially. Should you wish to request a meeting with Miss Sefton, please do so in writing via her Executive Assistant, Mrs Jo Grapes, e: j.grapes@nor.gdst.net 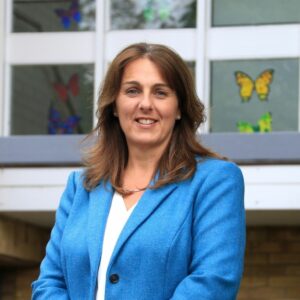 Susan Roberts has overall responsibility for the Prep School and Nursery. She leads the Prep School team in delivering a distinct and exceptional education to our girls aged 3 to 11. 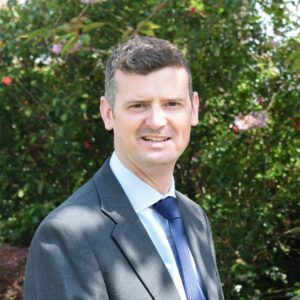 Mark Braybrook deals with curriculum and assessment matters. He has responsibility for learning and teaching in the classroom, and ensuring the school’s assessment and marking policies are implemented successfully. 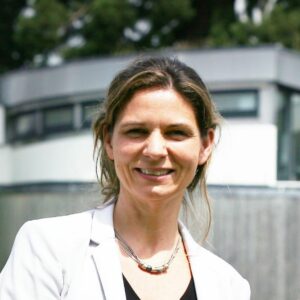 Helen Dolding has direct responsibility for the work of the Heads of Year and co-ordinates the Pastoral Team. She is also responsible for the day-to-day organisation of the school. 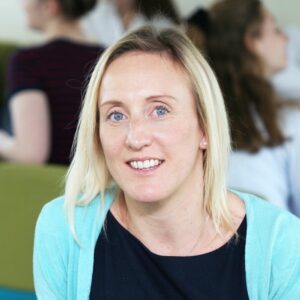 Hazel Packer is the lead for pastoral and academic life in our Sixth Form. 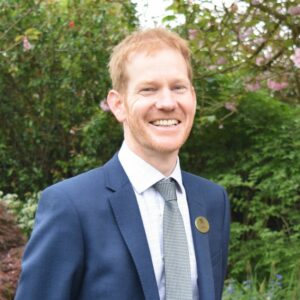 Owain Hall is responsible for our Enrichment Programme and is in charge of the co-curriculum including the Duke of Edinburgh’s Award, school trips and community service. 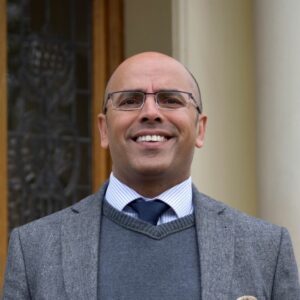 Mak Singh is responsible for the school budget, administration, ICT, teaching support staff, estates, health and safety, and the domestic side of school; co-ordinating our caretakers, groundsmen, cleaners and kitchen staff. 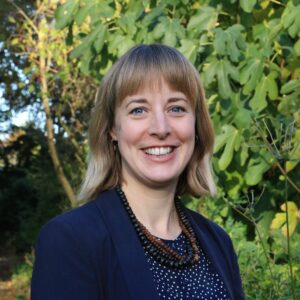 Amy Beck has ownership for the delivery and development of marketing and communication strategies reflecting the values, character and ambitions of Norwich High School for Girls.

Along with the other GDST Schools, Norwich High School for Girls is administered by the Council of the Trust.

Correspondence for the GDST Chair of Trustees:

Our local School Governing Board (SGB) provides support, guidance and contributes to strategic and business planning for the Head and the school. Our Governors bring valuable expertise from various professional fields and we are very grateful for their commitment.

Liz has a long family association with Norwich High School. She attended the School from the age of 3-18 along with her sister, and they followed their mother before them and indeed their father too, who attended Norwich High for a short time when Town Close buildings were repaired after war damage! Now, she is delighted her daughter and niece are the third generation of her family to benefit from a Norwich High School for Girls education.

Liz studied Economics and Business Economics at university and then followed a career in Human Resource Management, specialising in recruitment and high potential development/training in both the Aerospace & Retail sectors.

She moved back to Norwich in 2001 to raise her family (she has a daughter and a son) and she now supports her husband’s Change Management business. In her spare time, she enjoys tennis, walking with her three Border Collie dogs, renovating their family home and entertaining family and friends. Liz was previously a governor and latterly Chair of Governors at another Norfolk school and was delighted to be one of the first recipients of the Norfolk County Council Excellence in Governance awards. Liz joined the board of governors in January 2019.

By the time Steven was twenty-three years old, he was self-employed and running his own franchise estate agency. After six years of running the franchise successfully and saving up enough money to create his own brand, he opened his first Pymm and Co office in 2005 located opposite John Lewis, where he is still based today. Shortly afterwards, he became a director of Broadland Consultants Financial Advisors. After surviving the global economic crash and UK based property crash of 2008. Pymm and Co has grown to become the largest independently owned Estate agent in Norwich with six local branches.

In 2014, Paul retired back to Norwich after fourteen years as Headmaster of Eltham College in South-East London, an HMC Day School founded originally for the education of Missionaries’ Sons. Previously he had been Head of Classics, Director of Studies and Master i/c Cricket at Norwich School over a period of fifteen years, before progressing to be Second Master at St Albans School. He has been a Parent Governor at Saxlingham Nethergate Primary School, as well as supporting the Heads as a Governor at both Aldenham and Reigate Schools.

Fiona is Pro-Vice-Chancellor Research and Innovation at the University of East Anglia (UEA) and Professor of Innovation Management within the Norwich Business School. Fiona was a pupil at Oxford High School GDST, before going to university and studying through to PhD level. She worked in industry for BMW/Rover and Centrica/British Gas before pursuing a career in academia. She is a founding member of TechEast and serves on the New Anglia Local Enterprise Partnership (NALEP) Innovation Board. She became a Governor in 2020.

Sue trained as a State Registered Nurse and when she moved back to Norfolk, she began working at Priscilla Bacon Lodge as a Specialist Palliative Care Nurse. 19 years later and with a degree in Nursing from the UEA, she is still working there part-time as well as running a charity, Hospice Ethiopia UK which promotes palliative care in Ethiopia. Sue has a long interest in education, particularly for girls. She was a governor and Chair of Governors at Aldborough Primary School, where she is still a community helper. She was the first person in Norfolk to be awarded a BTEC certificate in School Governance.

Helen is a recent alumna of Norwich High School for Girls. She spent just over five years at the School and ended her time as Deputy Head Girl. Norwich High fostered her interests in art and travel, and Helen went on to read Modern and Medieval Languages at Churchill College in Cambridge. Following a brief period in the commercial arts and interiors world, Helen has since worked in executive search. She helps universities and education-related organisations around the world with a broad range of senior appointments. Helen’s mission is to ensure that Norwich High School for Girl’s exceptional alumnae community remain aware of and engaged in the current work of the School. In her spare time, she continues to paint and read widely. She is based in London but is often drawn back to the Norfolk countryside.

Marissa has been involved in education for four decades and in a range of different settings, including the independent sector, maintained schools, service children school (Army) in Germany, large Academy Trust and a bespoke Montessori setting (New Zealand).

Her roles and responsibilities have been varied, including class teaching across the 2-18 years age range, Headship, Director of Education for a group of co-ed independent schools, Deputy Director of Education GDST, Lead Lecturer for PGCE students, South Powys Lead for PGCE students, mentoring new Heads and being a peer mentor during inspections for ESTYN, (HMI Wales).

Her absolute passion is for girls-only education and her links with the GDST began in 1997, when she took up her role as Head of Junior School at Howell’s School Cardiff, a role she held for 9 years. Marissa was then invited to join the Education team at Trust Office and was soon promoted to Deputy Director of Education.

Marissa has been a freelance consultant for the last few years and has maintained the balance of strategic and practical advice and support. She has returned to GDST twice as interim Assistant Director and also as Acting Head of the Junior School at Northampton High School. She also works at a senior level for an Academy Trust, which has both primary and secondary schools and carries out other individual work supporting schools and leadership teams.

Scott has lived in Norwich since he was three years old and has had links to Norwich High for many years, with both of his sisters attending the school and more recently his three daughters. After university, he trained as a Chartered Accountant with Ernst & Young before joining Smith & Pinching, a family business which his father formed in 1973, offering financial advice and insurance broking services to businesses and individuals. His roles at Smith & Pinching include being Finance Director, Head of Regulatory Compliance, Financial Adviser and Company Secretary.

Outside of work, Scott has been Trustee of the Norfolk Wildlife Trust since 2019 and in addition to serving on the Trustee Board, he has also been a member of the Finance and Risk and the Remuneration Committees. He is also a Trustee of two other local Charities. He enjoys golf and tennis and is a member of the Daily Icebreakers club, swimming four days a week at 6.30am in the Norwich High School pool.

This website uses cookies to improve your experience while you navigate through the website. Out of these, the cookies that are categorized as necessary are stored on your browser as they are essential for the working of basic functionalities of the website. We also use third-party cookies that help us analyze and understand how you use this website. These cookies will be stored in your browser only with your consent. You also have the option to opt-out of these cookies. But opting out of some of these cookies may affect your browsing experience.
Necessary Always Enabled
Necessary cookies are absolutely essential for the website to function properly. These cookies ensure basic functionalities and security features of the website, anonymously.
Functional
Functional cookies help to perform certain functionalities like sharing the content of the website on social media platforms, collect feedbacks, and other third-party features.
Performance
Performance cookies are used to understand and analyze the key performance indexes of the website which helps in delivering a better user experience for the visitors.
Analytics
Analytical cookies are used to understand how visitors interact with the website. These cookies help provide information on metrics the number of visitors, bounce rate, traffic source, etc.
Advertisement
Advertisement cookies are used to provide visitors with relevant ads and marketing campaigns. These cookies track visitors across websites and collect information to provide customized ads.
Others
Other uncategorized cookies are those that are being analyzed and have not been classified into a category as yet.
SAVE & ACCEPT
Powered by